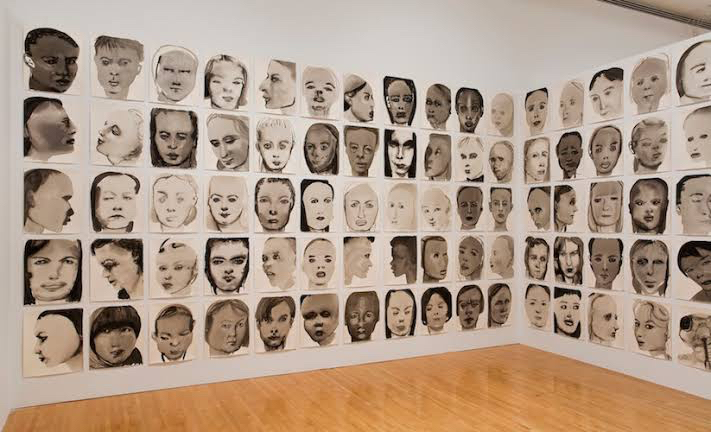 Dumas paintings are seen as portraits but they do not represent people but an emotional state that one could be in. Her art focuses on more serious issues and themes such as sexuality and race, guilt and innocence, violence and tenderness.[5] Dumas style is more older romanticism tradition. She uses loose brushstrokes to add distortion but also great detail to her art. [6]

Her first major American museum exhibition, a midcareer retrospective entitled “Measuring Your Own Grave”, opened in June 2008 at the Museum of Contemporary Art, Los Angeles, and moved to the Museum of Modern Art in New York City.

The sale of Dumas’s Jule-die Vrou (1985), positioned Dumas as one of three living female artists to trade for over $1 million.[7]

Dumas’s paintings were exhibited at the 2003 Venice Biennale.[8]

An exhibition of Dumas’s paintings entitled ‘The Image as Burden’ was exhibited at the Stedelijk Museum in Amsterdam, Holland from 6 September 2014- 4 January 2015.

Tina Berning is a Berlin based artist and illustrator mainly focusing on figurative drawing.
Her award-winning work has been published, exhibited internationally and is featured in numerous anthologies.
Berning’s online diary featuring her daily drawings can be followed on her Instagram account @tina_berning.